The XP-737 Sebring Spyder roadster was built in three basic versions by GM Styling, all based on the same car, and all with a wheelbase shortened 15" from the stock 108". This is the second version, which is the first one shown to the public. It debuted at the Chicago Auto Show on February 18, 1961. 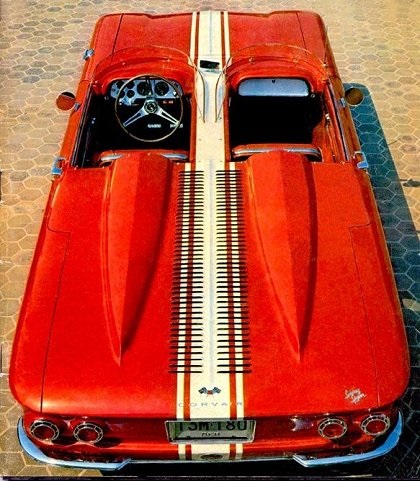 Its engine was boosted by a Paxton supercharger, like the unit still on the Super Spyder. The rear wheels were very noticeably 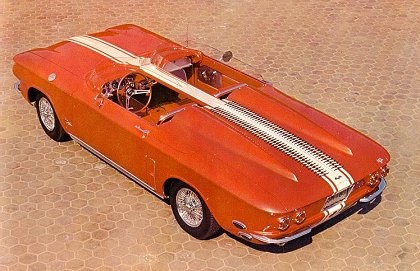 de-cambered since the car didn"t have to cope with rear passenger weight. Dayton wire wheels were used on it and other Corvair show cars, before the stock Corvair Kelsey-Hayes wheels came about in 1962.

The Sebring Spyder bumperettes inspired Cal Custom to produce similar aftermarket bumper kits, which are very rare today. The instrument cluster was the prototype for the production Spyder unit. And the entire rear deck was one fiberglass piece that hinged directly behind the seats. This was later replaced by a stock deck lid and a rear-hinged tonneau that hid a real folding top, in the car"s last version.

GM Styling Archives state that the Sebring Spyder was scrapped in 1966, but 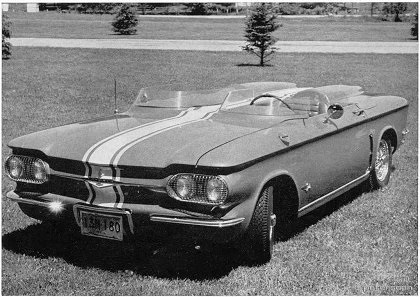 one never really knows for sure... so far it hasn"t surfaced!